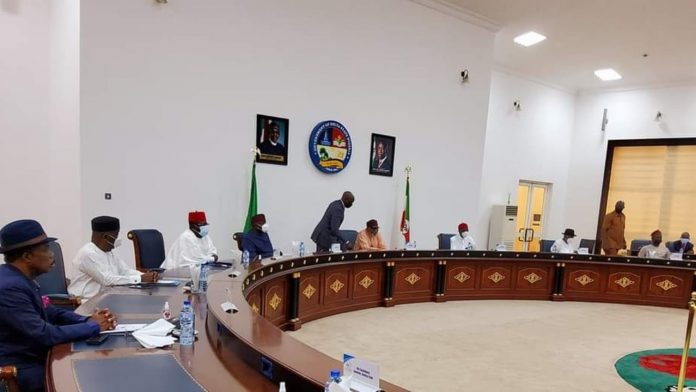 Governors elected on the Peoples Democratic Party (PDP) platform have claimed that Nigeria has become the world’s poverty capital as a result of the All Progressives Congress (APC)-led government’s alleged mismanagement.

The PDP Governors’ Forum accused the APC-led administration of wrecking the Nigerian economy in a communique published at the end of its meeting in Port Harcourt, the capital of Rivers State, on Monday.

According to the statement, the opposition party handed over a strong economy to the APC government in 2015, but nearly everything has deteriorated over the following seven years.

The said, “The Nigerian Economy has continued to deteriorate and Nigerians have become numb and accustomed to bad economic news as exemplified by the inconsistent and differential exchange rate regime, high interest rates, unsustainable unemployment figures and borrowing spree some of which have not been applied to important projects, and other bad economic indicators.

“In particular, it is clear that this APC administration is a massive failure when compared with the records of PDP in government before they forcefully took over in 2015. The PDP handed over a $550 billion economy (the largest in Africa), but under APC, Nigeria becomes the Poverty Capital of the world.

“Debt Servicing in the country under APC now takes over 98% of the total Federal budget. The tales of woe is endless.”