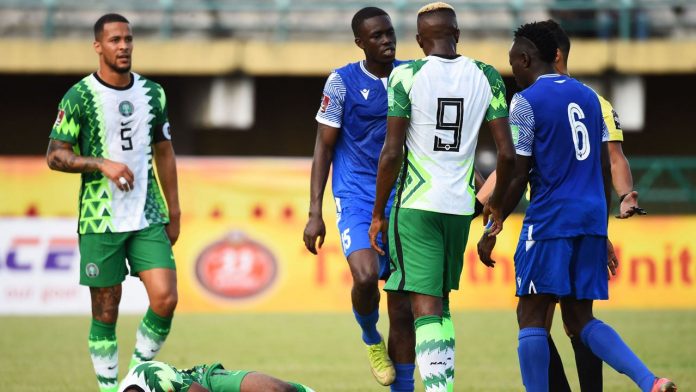 The Wild Beasts stunned the three-time African champions at home on Thursday in a 2022 World Cup qualifying encounter.

Gernot Rohr’s players, on the other hand, made their dominance count at Douala, Cameroon, on Sunday.

Leon Balogun put the Super Eagles up early in the first half, and Victor Osimhen extended their lead shortly before halftime.

Osimhen failed to add another goal, as he saw his effort blocked on the line.

With this win, Nigeria remains top of Group C with nine points from four games while CAR remains on four points.