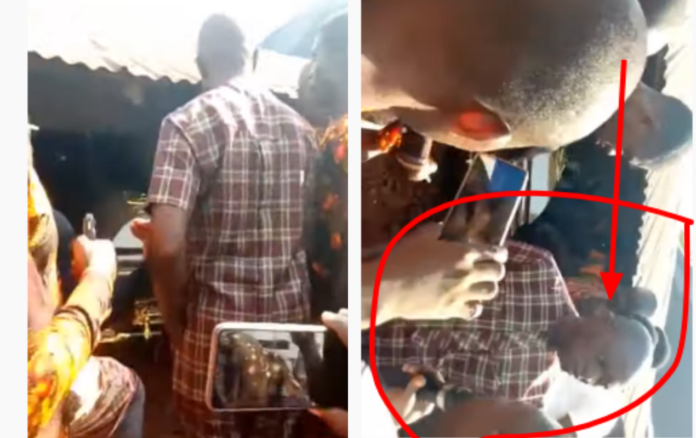 A man by the name Daniel Akpa Ngwuta was allegedly caught on tape putting what appears to be charms into the casket of a man during his burial in Ebonyi state.

According to a family member who spoke on condition of anonymity; “A man by name Daniel Akpa Ngwuta was caught on the video putting charms in the casket of my Grandfather during his burial.The said person is a staff of Nigeria Security and Civil defense commission (NSCDC).

He further revealed how they knew about the disheartening act. He said; “It happened during my Grandfather’s burial.We got to know while watching the video clip after the burial”

Mrs Moyo Thomas Finally spills her side of the story on...