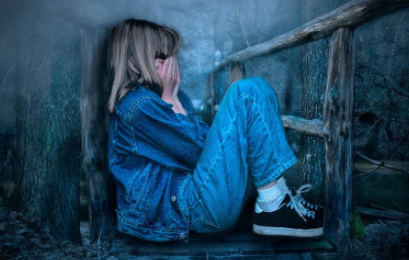 A man identified as Chukwudi Opara popularly known as Rabbi, has been arrested by the police for allegedly defiling his 4-year-old daughter in Kubwa, Abuja.

He was arrested following a public outcry by residents of his estate. According to a source, Chukwudi has kept his family from the public eye as even neighbors didn’t know them for over a year.

“He locks them inside and does everything for them himself. The wife was not allowed to associate with anyone. His children were also not attending any school as he saw to it that they were shielded from everyone.

Glory as we later came to know as his wife, gradually started coming out but doesn’t interact with anyone. She was always looking timid and withdrawn and never happy. Not knowing she was living in bondage.

We knew Rabbi as he interacted with everyone. Whenever he needed to travel for any outside job he will lock his family inside and travel with the house keys. His wife and children will be indoors for the period of days he will be away for. He never thought of any case of emergency or he never cared.

Inquisitive neighbors noticed Glory and she finally opened up about her situation to a female neighbour who informed her husband. A few men and women in the neighborhood dragged him to the police first for domestic violence and it was in the cause of interaction the issue of r*pe came up.

At first the police wanted to handle it as a family matter but the neighbors didn’t let them so they informed the state CID. The victim was rushed to the hospital and a medical test revealed that she had been r*ped through the a*us and her v*gina.”

How Katsina State Government is using dogs to fight banditry