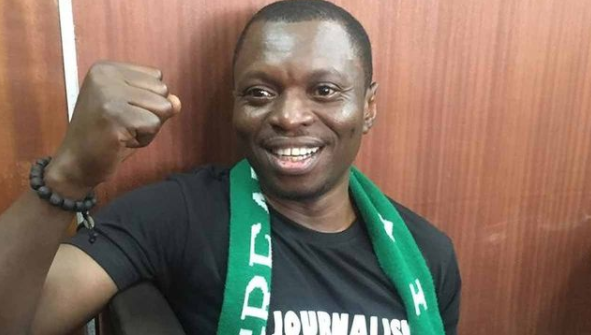 According to reports making the rounds, the newspaper publisher was arrested by police in Calabar, Cross River State, ahead of the nationwide protest on June 12.

He was arrested at the Police Headquarters in Calabar where he went to honour an invitation by the Commissioner of Police in the State, Kayode Sikiru.

It was gathered that he was invited by the police to discuss the planned nationwide June 12 protest which he was said to be coordinating in the state. After the discussion ended, he was reportedly referred to another officer who informed him that the police had received a petition of him being an arms dealer.

“There was a petition against him that he is a member of drug dealers, so we called him to question him.

“He is still writing his stuff (response to the petition). When he finishes we’ll let him go if we find him not wanting.”

Agba had earlier been arrested and arraigned in court by the Cross River state government after he published an article in 2019, alleging that Governor Ben Ayade could not account for N500 million belonging to the Cross River State Government. He was accused then of terrorism and treasonable felony.