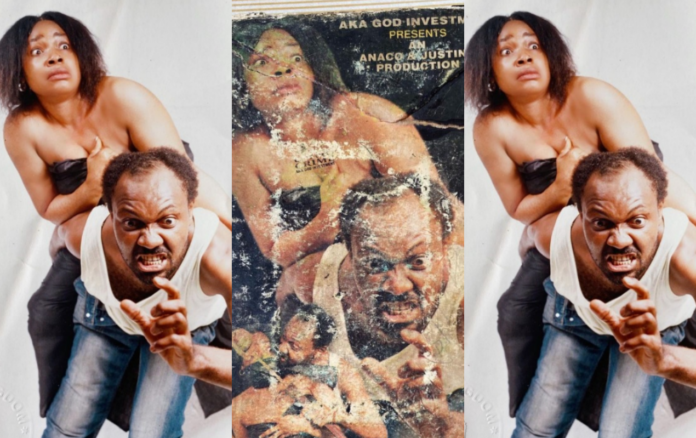 The Charming Magazine recalls that 14 years ago, actor J.T Tom West, whose many films included “State of Emergency” and “Gangster Paradise,” was reported to have died in a ghastly car accident.

West was the handsome and talented actor who was popular for his role and consistency in the action genre in Nollywood. His career ambitions were tragically cut short when he died on September 28, 2006, in a ghastly auto accident.

Afrocandy has refuted the claim.

She claimed that JT Tom West was accidentally shot on set.
She wrote: “Before I became #AfroCandy I was a Regular Nollywood Actress…..Awww JT TomWest gone but never forgotten! I did this movie ‘Ghetto Crime’ with him before I Migrated to the United States, I also Executively Produced this movie but Never got that Credit, this scratched up Tape was given to me by the other producer when I visited in 2014 😩 So I remember the day he died my boy called me from Nigeria to tell me there was an accident on set he was shot with a Loaded gun by mistake but they alleged that he had a car crash to cover up the Set accident, very sad Nigeria has no Justice but someone’s got to pay for their sins! Keep Resting JT ❤️”

Actress Olaide Adeyiga reveals that losing weight made he gain self...

My Motivation and Dreams: Ibiyemi Alabi – Organiser, Passion For African...