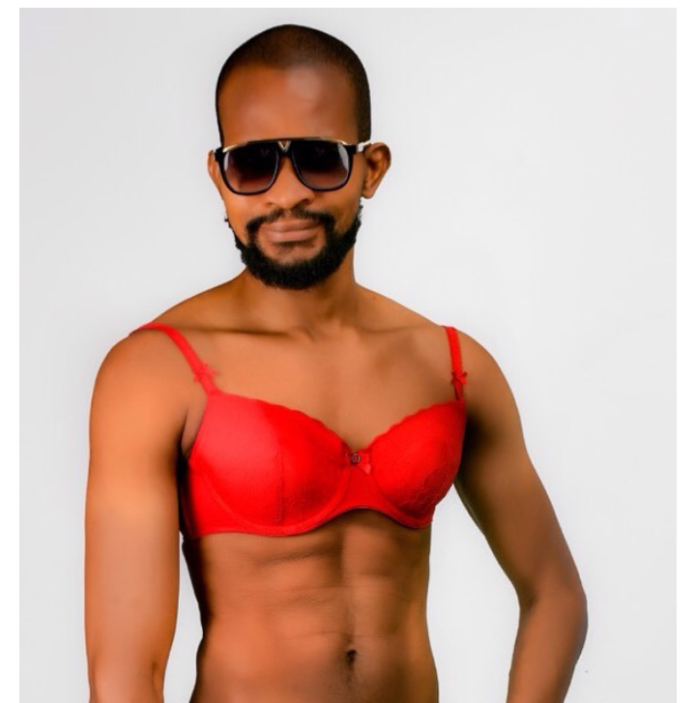 Popular Nollywood actor, identified as Uche Maduagwu, recently came out as gay, he has taken a swipe at Christians condemning gays and homosexuals.

The controversial Nollywood Star opined that Jesus was not against homosexuality in the new testament, therefore Christians shouldn’t as well.

The handsome looking movie Star argued that all Christians should tackle their pastors for having expensive properties when their church members are poor instead.

In his words, “Being #gay is an honor and a beautiful life #jesus never condemn gay people in the new testament so if you a good christian you wont too or can a servant be greater than his master.

Criticize your G.O for having private jet when millions of his #church members are poor and unemployed, criticize them for collecting tithe during covid19.”

In other news, Uche Maduagwu has stepped out in a beautiful red brassiere, days after coming out as gay.

Charming Recalls that days ago, the Handsome looking movie star, Uche took to verrifed instagram page to hint about being gay. He also shared a photo of himself alongside another post, stating that he’s proud of his sexuality, while he urged his fans and followers to appreciate the choices of others.

“Proudly gay. Appreciate others and #share only love we need to respect peoples choices not to judge them so lets practice Jesus kind of love”.

Meanwhile, in a new month message to his fans and followers the gay actor donned a red bra while preached about the love of Jesus.

Sharing photos of himself in the red brassiere he wrote,

“#Happy new #beautiful month to all my great fans in #naija and #africa especially #uk and #america always share jesus kind of love”.

Toyin Abraham gets dragged for boasting about making 130 million naira