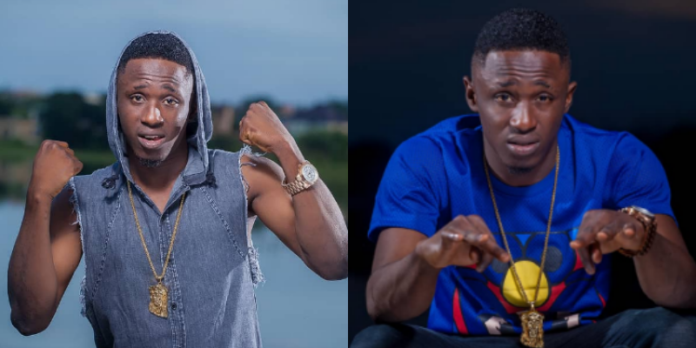 Nigerian singer, rapper and songwriter, Olanrewaju Olamilekan Samuel, professionally known as Integral Money was born on the 29th of April, 1992.

Unlike every other artiste, Integral money lets his African origins influence his diverse sound which makes him stand out from the crowd.

Integral money grew up in Ilorin where he ultimately graduated from Ebenezer high school and moved on to study mechanical engineering at the renowned University of Ilorin.

He began his music career in his tertiary days, rapping and performing at various events organized on campus. Integral Money gained mainstream awareness and was awarded the best  Entertainer of the Year and best artist of the year at the 2015, 2016 SUG event organised in unilorin.

His style of music has been compared to the legendary Yoruba rapper Olamide for the up-tempo beats and fun dance-ability coupled with rap verses.

He released his first Afrobeat song titled ‘Double salute’ in 2011 which got him on a popular TV show “African Magic talent” and enjoyed massive airplay on top radio stations in the country. He has followed up that success with other hit singles like Shilekun Ayo, Around The World ft Oyinkansola, Ememu (Holy Water), Pending The Time, Ori mi, Japa Bai amongst others.

Recounting his experience as a young act and some of the motivation behind his push he said: “For me, music is passion that has horned inside of me for years and possibly from birth. As a young artist, the pressure is much and you must keep your focus 100% if you want to make it in the industry. Collaboration has also helped me to navigate the industry easily”. The Kwara state born artist, said.

Talking about his style of music and how he intend to promote the rap niche, he said “Nigeria is blessed with top rappers like Mi, Ycee, Phyno, Olamide and many others. My style of songs features rap and Afro hip hop. I switch simultaneously and I believe that will give me an edge in the rap niche in Nigeria”.

Integral Money is no doubt a talented rapper, its a matter of time to see where he places in the nearest future.

Every shade of Toyin Lawani’s “blasphemous outfit” to ‘The Prophetess’ movie...

Singer, Portable Reaches Out To Davido For A Feature