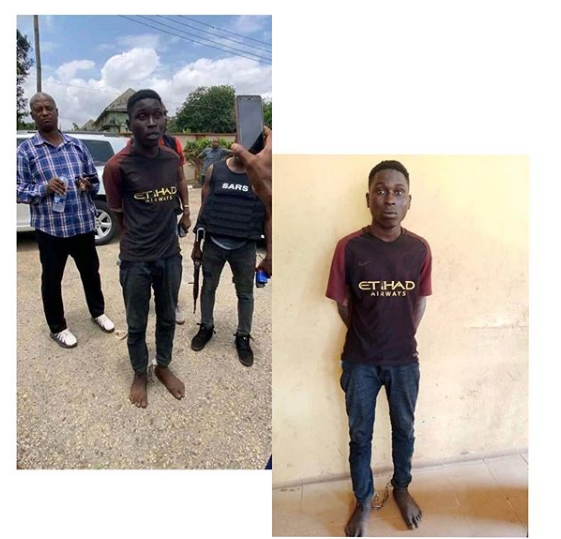 The Police on Sunday said concerted efforts of the various tactical teams, human efforts as well as credible information and intelligence from those it described as ‘good spirited’ members of the public were responsible for re-arrest of Sunday Shodipe, the suspected serial killer in Akinyele area of Ibadan, Oyo State.

However, the suspect had narrated how he initially escaped from Mokola Police Station.

According to him, a female Divisional Police Officer, who was recently deployed to the station ordered one officer (Funsho) to allow him to take his bath.

He said the officer had warned him not to make any attempt to escape while taking his bath, adding that he was not even thinking of running away at that point.

His words: “The new female DPO asked officer Funsho to allow me take my bath. He cautioned me not to try to escape when I am taking my bath.

I escaped when I saw him discussing with another person. I climbed the borehole pole and jumped the fence. The people living in the area saw me when I escaped but they did not raise any alarm.”

Nigeria’s Kamaru Usman knocks out Masvidal in second round of UFC...