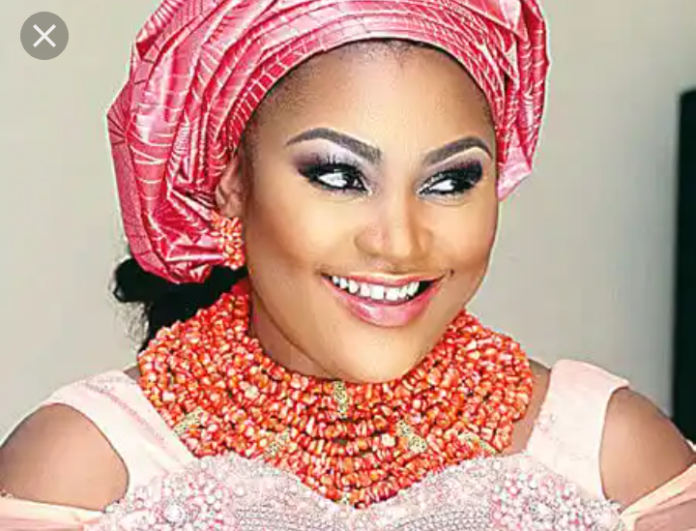 Born 14th July, 1986, Talented Uche Elendu is a popular Nigerian actress, singer and entrepreneur. She was described as one of the most consistent faces in the Nigerian movie industry from her debut in 2001 up until 2010 when she took a break from the Nigerian entertainment industry.

Reports states that Veteran Actress Uche Elendu has continued to receive backlash since she cried out that her shop was looted shortly after the Lekki shooting by men in camouflage.

Uche Elendu’s colleague by name Doris Ogala, had called her (Uche Elendu) out claiming that her loss was not enough to kick start a Go Fund me account.

In actress Uche Elendu’s part of story shared, She said and I quote: “I am heartbroken to see what a peaceful protest turned into. People lost their loved ones, lost prosperities. Everyone is wailing. The blood stain on the Nigerian flag is very symbolic. We need lots of prayers to wipe off that stigma. This is a Democratic government; they are expected to listen to our pleas. We are so backward; yet a country so blessed with rich human and natural resources. Now innocent people are dead. What have we done to deserve this? No light, no good road, no good water system, education zero. “

As she spoked on her losses, the 34years old single mother of two added, “My store in Lekki, Lagos was looted and other ones there too. Goods worth over N15 million were carted away. They removed everything. Even my Generator, my CCTV. I lost everything. I was sitting in my home when I saw photos of my store empty. Government, security officers couldn’t do anything to help an average Nigeria dispel these thugs from their continuous looting. Let the chaos stop, let peace prevail. This is a Democratic government.”