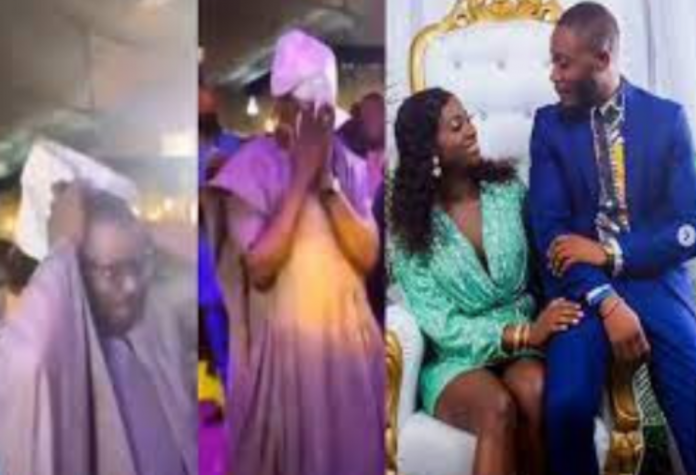 Despite the bad blood and enmity between them, K1 de ultimate surprisingly performed at Pasuma’s second daughter, Barakat’s Nikkah (wedding).

The two who were never best of friends decided to put the past behind them as they now embrace each other and smile.

The Nikkah attracted the high and mighty in the society. Pasuma rocked a white and red traditional attire held his daughter as they walked into the venue amid cheers from the crowd. The Fuji star would later change into a brown agbada for the reception ceremony with K1 on the band stand.

Speaking with R about the joy of seeing his second daughter get married, Pasuma said he was over the moon to witness the big day despite the challenges he has faced in life, adding that “People see the glory today but they don’t know the struggle but I am grateful to God for this privilege and I wish my daughter and husband a beautiful union filled with love and blessings”, he said.

“I can’t be silenced” – Tobore Cries out as She Accuses...

Genevieve lends her voice to the #EndSARs protest, writes Buhari an...

Photos from the Eko Star Awards 2021

The makeup transformation of this 75 years old woman has left...