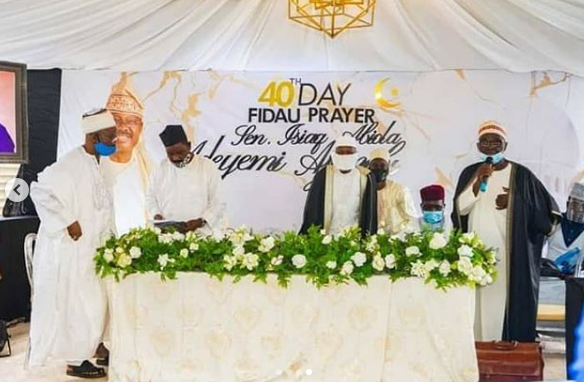 The former governor died on June 25 following complications from COVID-19.

His Fidau prayer was attended by Kano state governor and wife, Umar Ganduje who are his in-laws. Governor Ganduje’s daughter, Fatima, is married to late Ajimobi’s son, Idris.

Reality star Angel clears air on ‘feelings’ for Emmanuel, Others

“The kind of things I’ve seen and heard here is crazy”...