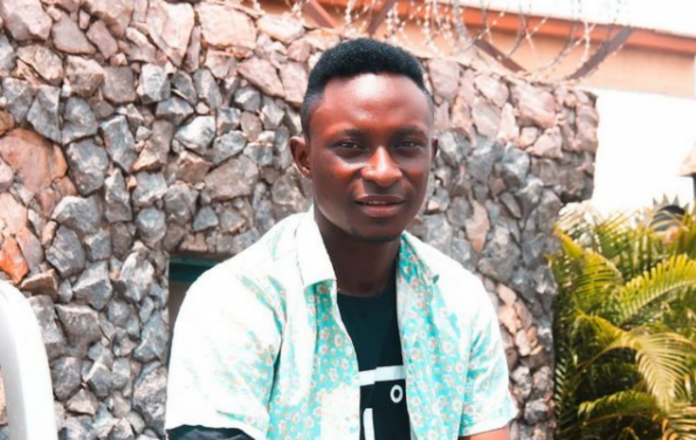 Fast rising Nigeriarian social media comedian, Peter Adeleke, better known as Peter Trailblazer has opened up on his love life, inspiration, and others.

In an interview with Charming Magazine, the Ibadan born comedian who is also known as “The Corporate mad man”, revealed that he draws inspirations from popular comedienne and OAP, Lolo 1, also known as Adaku in popular comic series, Jenifa’s diary and Joseph Benjamin.

On himself, Peter said, “I’m a graduate of Microbiology from obafemi awolowo university Oau. I Started acting from secondary school from which I emerged best male actor in the second edition of the Golden penny pasta awards. I evolved into comic acting on campus when I started a popular life partner skit series.”

On how he gets inspired, Peter said, “I have always seen myself as someone that inspires people while passing across message to them via acting. Comic acting is something I have always love to do and also done easily right from a tender age. I decided to develop my talent and I carved a niche for myself as a Corporate Mad Man. I just love to create organic and spontaneous videos in shorter versions. My motivation is innate. It brings fulfillment to me when I inspire people through comic acting.”

Talking about his Idols, Peter said, “I look up to people with extraordinary creativity. People like Lolo Adaku of Jennifer’s diary, and Joseph Benjamin.”

Peter also opened up about his love life.

“I am in a relationship with every of my fan, my work and my team. I have an emotional attachment to everyone that helps me in one way or the other to grow and become a better person.” He said.

On how he handles trolls and Negativity, he said, “Negative comments are inevitable. We have two major categories of audience. The Pessimist and the Optimist. The Pessimist audiences are hostile audience that tends to be negative in their view and approach. While the Optimistic ones are those that support and boost the morale of the content creator. The same way I get praises from the audience is the same way I get backlash from them. I believe backlash is a feedback system that shows how my work is been rated. It helps me become better and it brings out the best in me.”

Don Jazzy isn’t taking anything for granted as he marks 38th...