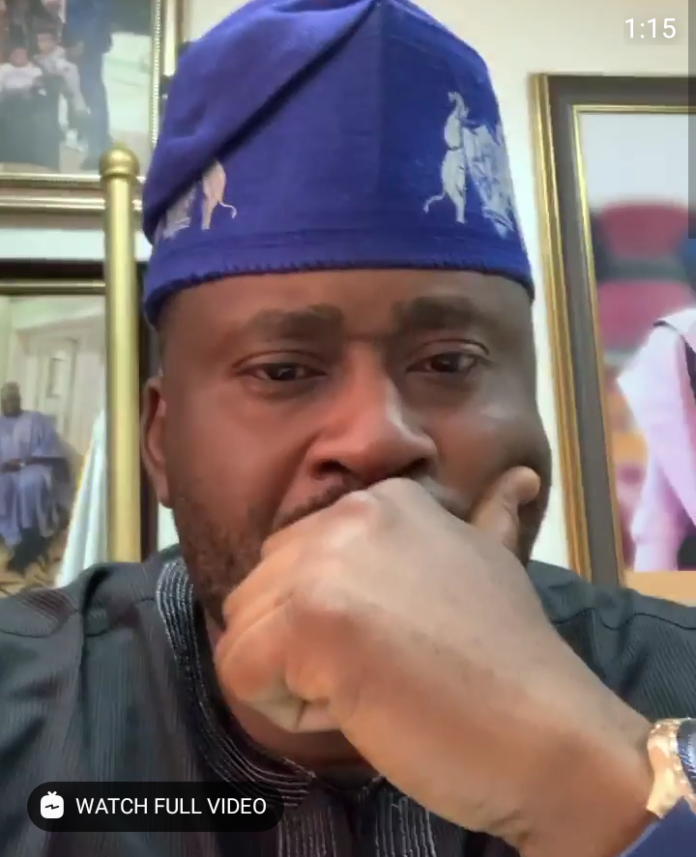 Born 4th February, 1947 Talented Desmond Elliot is a Nigerian actor, director, and politician who has starred in so many nollywood movies and has impacted positvely into the lives of many through his unique and talented actings.

Reports today states that famous Nigerian actor and politician, Desmond Elliot has recently reacted to the accusations which says he is pushing for bill to regulate and control speech on social media at the Lagos State house of assembly.

The accusations as said, came in after a twitter user who was identified as @DrOlufunmilayo, tweeted that the famous actor and politician is the one pushing the Lagos state house of assembly to develop a bill to regulate and control speech on social media.

The tweet really caught the attention of many on social media and the lawmaker was dragged, blasted and disgraced for supporting such bill.

See some of the reactions below;

@jabusky17 wrote “Desmond Elliot…. Sorry DESMOND IDIOT , well I’m not surprised, he has always been an idiot since he joined politics… A proud benefactor of Godfatherism”

So after so many reactions from twitter user’s, in a short video clip the 46 year old actor, Desmond Elliot denied the accusations and labelled the information to be false. adding to backup his facts, he said that the carrier of the news @DrOlufunmilayo did not bother to verify such news. Instead, he took to social media to spread a false news.

In a short video clip which was made by Desmond Elliot, Captioning the video of him denying the accusations, Desmond Elliot also wrote;

“FALSE FALSE FALSE.. I never said that…No bill to that effect..No house of Assembly can develop such a bill”

“I am in a new relationship” – Fathia Balogun