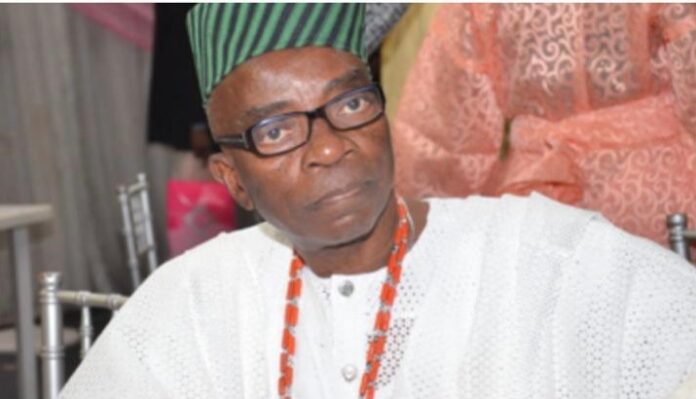 A former Senator of the Federal Republic of Nigeria during the Third Republic, Jubril Martins-Kuye has been laid to rest on Sunday 17th January 2021, in his hometown of Ago-Iwoye, Ogun State.

Former Senator Jubril Martins-Kuye had died early on Sunday morning, and was laid to rest later on the same day according to muslim rites.

Jubril Martins-Kuye served as the Minister of State for Finance under the Obasanjo administration between 1999 -2003.

He was later appointed as the Minister of Commerce and Industry under the administration of President Goodluck Jonathan, a position he occupied between 2010 and 2011 .

May his soul Rest in Peace.