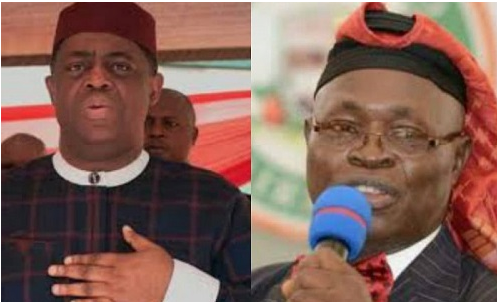 A former Minsiter of Aviation, Fani Kayode has asked the Federal Government to investigate the allegations allegedly levelled against MURIC by a former Head of intelligence of Mali, saying if the allegations are true, MURIC should be declare a terrorist organisation and if found guilty its leaders should be hanged.

The allegation by a fmr. Head of Intelligence of Mali that the Ishaq Akintola-led MURIC is funded by ISWA is grave. I call on the FG to investigate this matter &, if proved to be true, declare MURIC a terrorist org., ban it, prosecute its leaders &, if found guilty, hang them.