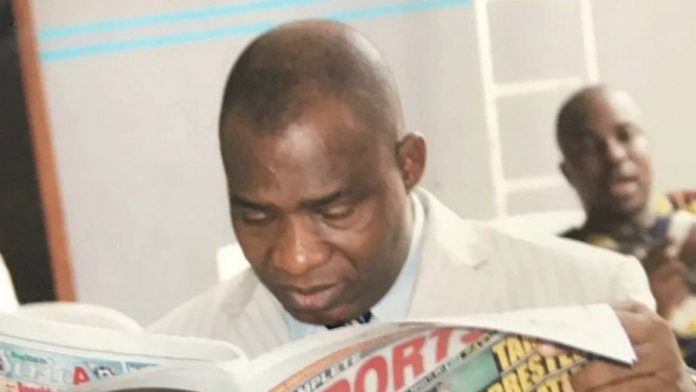 Dr. Sunny Ojeagbase, a veteran writer and Chairman of Completed Communications Limited, the publisher of Complete Sports, has died.

According to a statement released by his son Julius Ojeagbase, he died on Saturday, February 26, 2022 at the age of 71 in the United States following a brief illness.

SuccessDigest and other online magazines are also published by Ojeagbase.

He was born on December 31, 1950, in Osogbo, Osun State, to Edo State parents. He had his primary education at St. James Primary School in Osogbo, where he graduated in 1962.

He proceeded to be enlisted into the Nigerian Army after working as a printer trainee. He also holds a Diploma in Mass Communication from the University of Lagos.

Ojeagbase had worked as a sports reporter for several media houses, including Herald Newspaper, Daily Times, Concord Group of Newspapers and The Guardian. He was the pioneer Sports Editor at The Guardian.

In 1995, he published Complete Sports, a daily sports newspaper and Success Digest Magazine a business establishment guide which has gone on to become one of the most widely read newspaper and magazine in Nigeria.