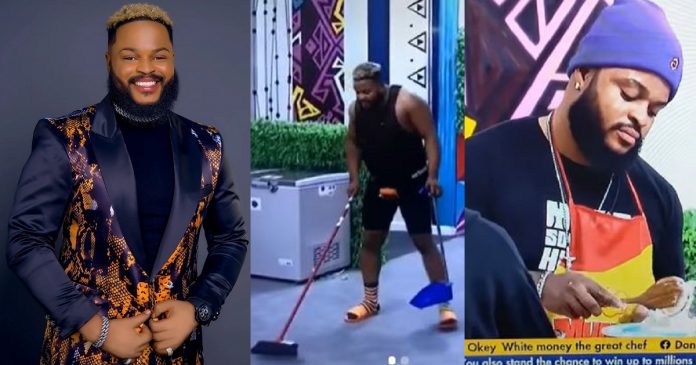 Hazel Oyeze Onou, also known as Whitemoney, the winner of Big Brother Naija Shine Ya Eye edition, has clarified his culinary technique while in the house.

During an interview with the show’s presenter, Ebuka Obi-Uchendu, Whitemoney explained that cooking was not just his strategy but also his way of life.

Being in the kitchen began as a way of life for him, but he decided to make it a strategy as well.

Whitemoney went on to say that cooking was 80 percent lifestyle and 20 percent strategy.

”The strategy comes in the sense that this was my strength,” he said.