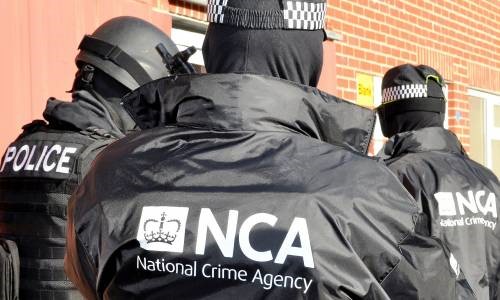 Items recovered from the duo include three Patek Philippe watches valued at £199,000; a private car registration plate worth £15,000 and a sum of £797,431 from their bank accounts.

In a statement on the NCA website, the couple were ordered to hand over £1,011,431 to the National Crime Agency at the High Court under the Proceeds of Crime Act.

Odewale described as a convicted fraudster with several criminal offences, reportedly made millions from scams he carried out between 1998 and 2016.

Though he had no legitimate employment earnings since he was released from prison in 2005, investigators found that the couple wired hundreds of thousands of pounds yearly through their bank accounts, far above Yadav’s salary as an operations manager.

The couple bought properties in London and Liverpool respectively with significant deposits involved. In what the NCA described as an attempt to launder the proceeds of Odewale’s criminal activities, the properties were then resold.

The couple’s three children attended a private school which costs £37,000 a year. They owned expensive cars including a Porsche Carrera, two Mercedes, and an Audi RS4. They also travelled on luxury holidays to Nigeria, South Africa, India, Cape Verde, Turkey and Morocco.

The NCA’s civil recovery investigators started the investigation in December 2016 and analysed 12,000 financial transactions between 2010 and 2016. Being subject to a deportation order and cannot return to the UK, Odewale gave evidence to the High Court via video from Nigeria. Odewale’s explanations that he made “hundreds of thousands of pounds” to fund his lifestyle at betting shop fixed odd terminals was described by investigators as “inherently unlikely”.

Yadav, who remained in the UK, was also found by the High Court judge, Mrs Justice McGowan, to have knowingly benefited from assets gained through unlawful conduct.

Andy Lewis, head of Asset Denial at the NCA, said: “Odewale and Yadav had extravagant lifestyles funded from stealing the identities of honest, law-abiding citizens. We have recovered their assets, so they see no benefit from their unlawful activity.

“We are pleased our commitment to this investigation has paid off, having worked closely with partners, including the Metropolitan Police and the South East Regional Organised Crime Unit.

The High Court ordered that the sum of £140,759 and one of the seized time pieces which could be traced back to two specific frauds, be handed to NatWest Bank to replace money paid to two of their customers as compensation.