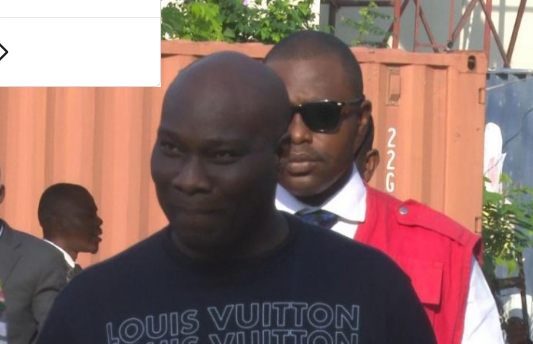 Alleged internet fraudster, Ismaila Mustapha, better known as Mompha has been released by the Economic and Financial Crimes Commission [EFCC] on Wednesday .

This comes two weeks after he was re-arrested by the anti-graft agency in Lagos.

His lawyer, Mr Gboyega Oyewole (SAN), confirmed to news men that his client was released on bail.

He added that Mompha had withdrawn the N5 million fundamental rights suit he filed against the EFCC to challenge his re-arrest.

Charming Magazine recounts that Mompha was re-arrested by the agency when he went to EFCC office in Ikoyi, Lagos to reclaim his five wristwatches, one Apple Air pod, one iPhone 8 mobile phone and one pair of sunglasses seized from him by the anti-graft agency since last year. But Mompha, through Oyewole, had contended that his re-arrest was unjustifiable and unlawful in the N5 million suit he slammed against the EFCC.

But the spokesman for the EFCC, Mr Dele Oyewale, said Mompha’s re-arrest was justified as it was connected to a fresh set of cyber fraud, which had nothing to do with the earlier money laundering charges over which he had been arraigned.

Shoplifter caught after stealing items from a supermarket and hiding them...

How CCTV Recordings Of Baba Ijesha Were Tampered With – Expert