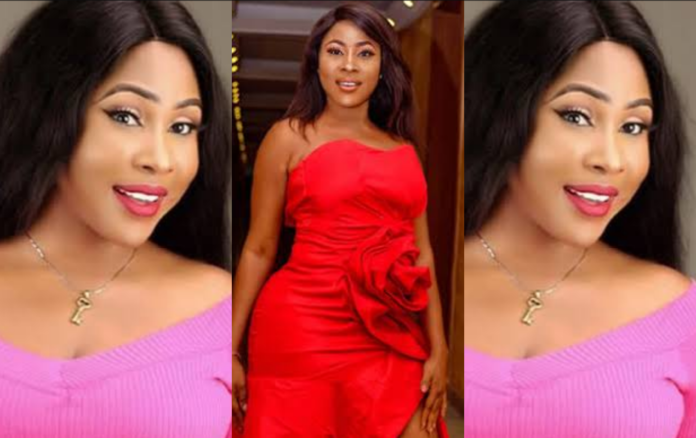 Nollywood actress, Charity Nnaji, has revealed that she hated her body seriously when she used to have a breast bigger than her bum bum.

The divorced mother of three said she would rather have the back than the front as she shared her frustration with Potpourri, saying she hated how she looked when younger because her front was in excess.

“I used to be very busty in my secondary school days. My bum was very very flat and hated it. I hated my body basically because my breast was bigger than my a’s’s but right now I think my as’s is bigger and it suits my body now. If there was anything my exes gave me credit for, is my body. I have a soft body.

I know of a guy that would always call me on the phone just to tell me how he feels about my body, he would say my body is soft like Agege bread.

The actress also said it is not wrong for a woman to flaunt her endowments.

“As an entertainer, it is not wrong to flaunt one’s gifts of nature. Yes, a woman should flaunt her endowments. To me, I feel if you don’t showcase what you have that means there is something wrong with your body that you don’t want the public to see. While most men believe in what they see women tend to believe what they hear. So, let’s show them what they want to see.

She walked out of her 13 years old marriage as a result of alleged domestic violence. She has since been living it up as an actress. She recently featured in Clash of Royalty, Travail and Shark.