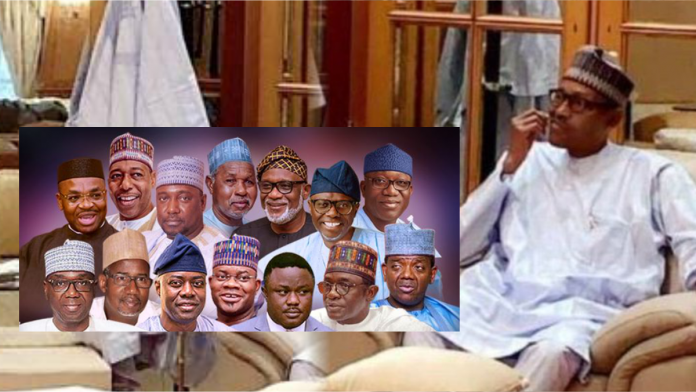 The governors of the federation’s 36 states have appealed a court decision that rejected their lawsuit contesting the scheduled withdrawal of $418 million from the Federation Account.

The payments are intended to pay off debts owing to consultants hired by state and municipal governments to handle Paris Club returns.

On March 25, the Federal High Court in Abuja rejected a complaint filed by the Attorneys-General of the 36 states challenging the Federal Government’s plans to take cash from the federation account to satisfy a $418 million judgment debt related to the Paris Club reimbursement.

In a statement signed by five Senor Advocates of Nigeria, S. I. Ameh, J. S. Okutepa, Dr. Garba Tetengi, Ahmed Raji, and Olumuyiwa, the governors made the request through their Attorneys General.

The governors advised the public and all financial institutions in Nigeria and abroad that the matter was subjudice, urging them to desist from dealing with the defendants in the suit.

In a recent ruling, Justice Inyang Ekwo rejected the claim filed by the Attorneys-General of the 36 states against the Federal Government, stating that the attorneys-general had not provided sufficient evidence to establish their authority to bring the case.

In his decision, Ekwo stated that there was no specific proof that the governors of the 36 states agreed to the filing of the complaint.

Here is why Pasuma allowed K1 de Ultimate performed at his...