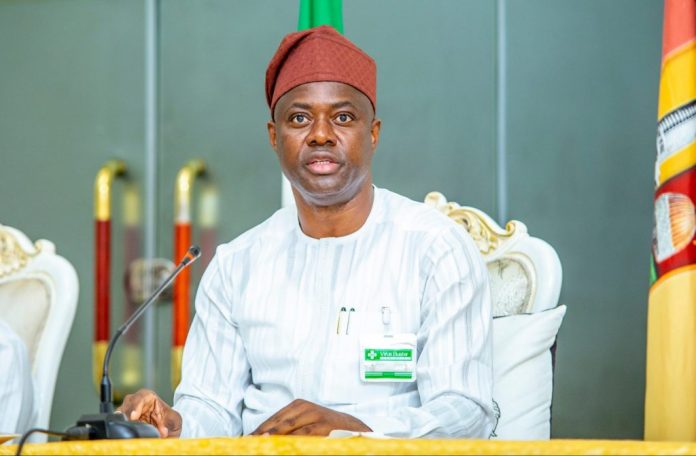 The Muslim Rights Concern (MURIC) has stated that Oyo State Governor Seyi Makinde must not be re-elected as the state’s number one citizen in 2023, Charmingpro reports.

READ ALSO: Watch Video: Groom slaps his new wife at their wedding after she won a game on stage during wedding toast

The House of Assembly served an impeachment notice on the state’s Deputy Governor, Engr Rauf Olaniyan.

MURIC said it saw flaws in the impeachment process and urged Muslims in the state to vote the governor out for alleged anti-Muslim activities.

“We oppose this move.” We are aware that Governor Makinde and his deputy have had a falling out. But the governor understands why he wants his deputy out of the way.

“We told Makinde that his desire to oust his deputy was religiously motivated.”

“Makinde’s anti-Muslim policies, actions, and inactions are numerous. But he’s not finished yet.

“As a result, the Muslims of Oyo State have only one option left: to ensure that their oppressor does not return for a second term of injustice in 2023.”

“Makinde must be removed from office.” He has abused and outlived his authority. Muslims in Oyo State will address him in the only language understood by oppressive governors.

We are gushing over actress Tonto Dikeh’s beauty