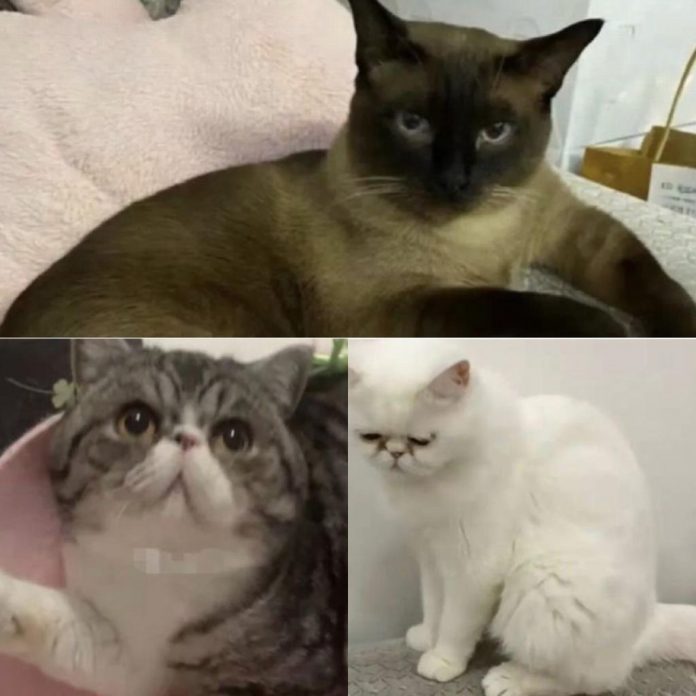 The owner of the cats, Mrs Lui, reportedly was an in-patient in a hospital at north east China’s Harbin province receiving treatment for corona virus, when she was informed that her three cats had been killed after they had tested positive for the virus.

Mrs Lui claims she had left her cats to be cared for by community workers, with food and water at home for her pets, before her admission to the hospital to receive treatment for the disease.

Mrs Lui claims while in hospital she was informed by the community workers caring for the cats that covid tests carried out on all three pets had returned positive for the virus, even though they showed no symptoms of the disease. For this reason, the community workers asked for her permission to have all three pets euthanised; a request she claimed she had declined.

In her statement to the Beijing News, she said “Because there was no prior example of treating the cats, they want to euthanise the cats and wanted me to give them a written authorisation, I did not agree.”

However, despite her refusal, all three cats were killed the following day.

Mrs Lui confirmed the cats were unwell, but she would have duly sought medical intervention for them if they needed it.

Speaking with a Newspaper, the community worker explained the decision to have the pets euthanised was taken because there was no professional treatment available for animals, and they needed to rid Mrs Lui’s home of the virus before her return home from hospital.

The worker stated, “If the environment is positive, then she cannot move back and the whole residential area could not move back, the outbreak will never end.”

Mrs Lui has publicly shared her feelings about the incident on China’s social media site Weibo, saying all she wanted was to find a chance for her three cats to stay alive.  “I never wanted to blame anyone, I just wanted to find them a chance to stay alive, but that chance was never given”, she stated.

Since the onset of the Covid-19 pandemic in 2020, there has been international debates on the possibility of household pets catching the virus and if human lives can be dangerously impacted by this possibility.

FG failed to rescue us, I pity those still in custody...

2023 Presidency: God has plans for you – Nigerian Prophet tells...