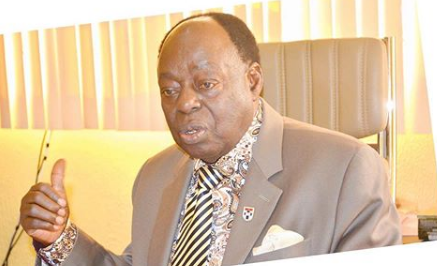 Nigerian lawyer, Afe Babalola has said that politicians in the country, are benefiting from the ‘flaws’ of the 1999 constitution.

In a recent interview with The Sun, he said because they are beneficiaries of the constitution, they would not be able to make proper amendments where necessary.

The senior advocate of Nigeria (SAN) explained that the calls for the amendment of the constitution were not necessary, adding that what was needed was a sovereign national conference to produce a new constitution that would benefit the ordinary people.

Look at the house of assembly, senate. Now, hardly will you find 50 people there in a day and they earn salaries. They even talked about pension. So, there is no way you can amend the constitution. They will make sure that they remain earning these billions of naira. We are the only country where people earn billions.

I have participated in many conferences and at the end of the day what comes out of it? They want to spend another N2 billion for amendment; what are you amending?” He said.