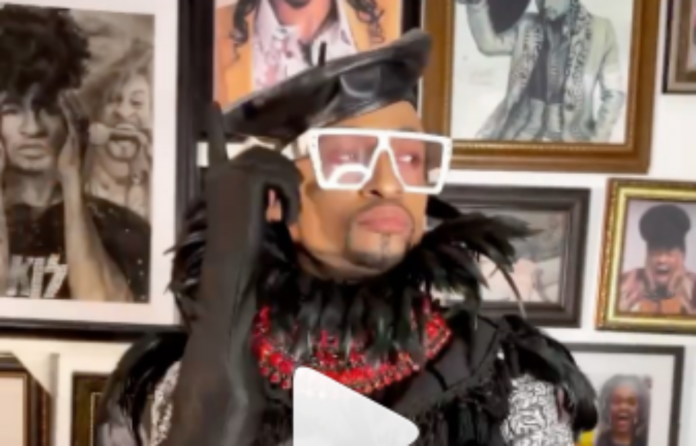 Controversial Nigerian media personality, Denrele Edun, has spoken out about how during a red-carpet event, an “influential man” requested a sexual act from him.

Denrele spoke with HipTv about his personal experiences working in the media throughout the years.

The crossdresser recalled his difficulties, saying he once had to interview a well-known individual at a red-carpet event he was requested to host.

He described being assaulted because he refused to perform sexual acts on the individual in question.

“I was the red-carpet headliner. When everyone was to be ushered in for the main event, I was interviewing people who came in late. An armed officer and two others called for me,” Denrele said.

“I was taken to an office and there was this influential personality sitting.

“I thought it would be amazing to catch an interview with them. He asked that I sit. I did. He asked for my name and very technical/intimate questions about the brand I worked for. I thought they were too overboard.

“He stood up and I thought we were going to do the interview outside. He said I should enter the car and I did. He asked if I was going to make him happy. I naively said yes, adding that I won’t be asking my usual funny questions.

“What he meant had yet to click for me. I asked if I could now call my cameraman. He said no. This person unzipped his fly and said, ‘make it go down’. That was when I understood. I said, ‘I’m sorry’.”

On how he got over the experience, Denrele said he didn’t cower when next he encountered the assaulter.

“I got the worst slap ever. It was like a flash and blur. I went dizzy. He screamed that I get out of his car. I got out of the car and sat on the floor, dazed. I had nobody to open up to. I couldn’t have gone to the office,” he said.

“I later ran into this person severally. He thought, if I saw him again, I would cower. But instead, I went straight to him and shook hands, laughed, and moved on. It’s always about taking back my personal power.”